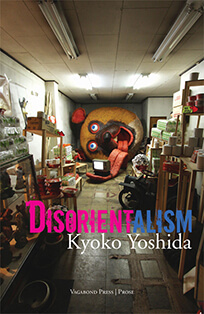 Kyoko Yoshida’s debut collection Disorientalism brings together nineteen short stories that systematically smash the boundaries of the real and its imagining. Told with a deadpan, visceral humor these stories unsettle and surprise, leading the reader into alternate realities at once comic and nightmarishly beautiful and human. This is contemporary surrealism at its best—mischievous, dissonant, dystopic, bewildering. Disorientalism introduces to Japanese and international readers alike a significant new voice in transnational literature.

“Throughout the remarkable short stories of Disorientalism, a world familiar by consensus shifts along the hairline cracks of Kyoko Yoshida’s peculiarizing imagination. Philosophical, international in orientation, structurally innovative, and fantastical in their crisp, sensual details, Yoshida’s stories might have been conceived through some wormhole con ation of Jorge Luis Borges and Bruno Schulz. She is that good and the stories are that intense. Her consistently understated endings are like slow-mo detonations. Long after you put her book down, her words will be turning the ordinary upside down. And commonplace animals, dear reader, will never look quite the same to you.”
—Forrest Gander

“She’s what would have happened if Yoko Tawada and Italo Calvino had a love child.”
—Jeffrey Angles

“Hilarious and lovable short pieces! Yoshida’s stories astonish you with their strangeness, and wise you up to the strangeness actually happening in the world.”
—Kyoko Nakajima 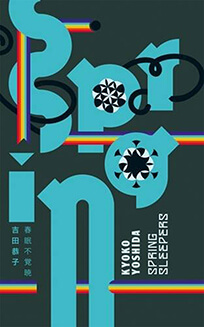 Dream-like, sensual and unnerving, these offerings by Kyoko Yoshida, a Japanese author writing in English, surprise the reader with their texture and imagery. “Spring Sleepers”, the title story, frames insomnia as the contemporary condition the narrative sliding from metropolitan hyperawareness to delirious exhaustion in the space of a few pages. "Spring Awakening", a koan-like mediation, describes a newly born eel emerging from then returning to its home. Finally, Yoshida reflects on her time spent in Norwich, the City of Writing. 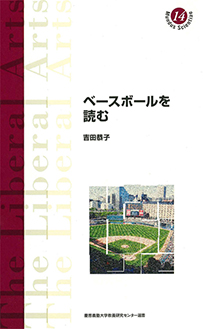 Reading Baseball introduces the Japanese reader to the world of American baseball represented in literature and film. Baseball symbolizes so many things that this young nation wishes itself to be—one can read innocence, cyclical time, nostalgia, shared memories, pastoral space, magical realism, democracy, and American dream in the long tradition of baseball literature. The book ultimately asks if the United States and its practices of the game have lived up to the ideals of democracy that the fans project on baseball. The book includes an extended list for further readings on the American pastime. 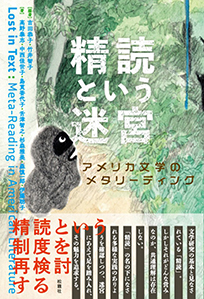 Lost in Text: Meta-Reading in American Literature aims to reveal some mechanisms how texts induce close reading. This anthology inquires into the political and cultural background of the institution of “close reading” in the United States and Japan. With a shared understanding that authors consciously consciously situate their texts in association with other literary canons to prompt the reader’s attention, the essays in this volume explore varied aspects of intertextuality in American fiction from the 19th century to the 21st century. The book ends with discussions how close reading plays a central function in liberal arts education in the United States and Japan. After Coetzee: An Anthology of Animal Fictions

Edited and forworded by A. Marie Houser
Minneapolis: Faunary Press, 2017

After Coetzee is a collection of short fictions that sets animals in their own subjects, edited by A. Marie Houser, writer and scholar who is committed to the school of Vegan Literature. The collection takes J. M. Coetzee’s ethical approach to representation of animals as an inspiration to explore the world where humans and animals live next to each other.

“Kyoko Yoshida begins the volume with a mischievous tone in “Number 2 Pencils for the White Cat,” in which a cat visits a struggling writer and gives him a priceless gift—a bestselling story—but the writer cannot understand what the cat wants in return.”
—from a review by Hannah Weber at necessaryfiction.com 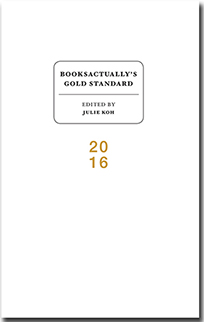 From BooksActually, the best indie bookstore in Singapore.

BooksActually’s Gold Standard 2016 is a highly anticipated new annual anthology from indie bookstore BooksActually, comprising short fiction by the best cult writers of East Asia, Southeast Asia and the diaspora. Edited by Julie Koh, whose own fiction appears in 2016's Best Australian Stories and Best Australian Comedy Writing, BooksActually’s Gold Standard will keep you in step with groundbreaking new output from Asian writers across the globe. 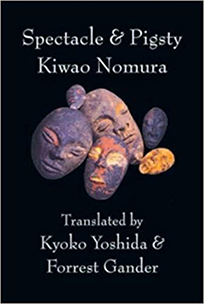 As stunningly original to a contemporary American audience as haiku was to the late Victorians, this collection of Japanese poetry makes unpredictable leaps of association to explore themes such as sex, loss, and memory. The poems appear in English on one page and in Japanese characters on the facing page, providing readers with a glimpse into Japanese language and culture. Full of raw energy, these pieces have a visionary quality that likens them to a literary performance, exuding an air of enchantment as well as an astute sense of the human condition. 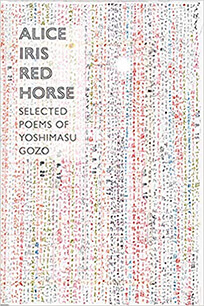 Yoshimasu Gozo’s groundbreaking poetry has spanned over half a century since the publication of his first book, Departure, in 1964. Much of his work is highly unorthodox: it challenges the print medium and language itself, and consequently Alice Iris Red Horse is as much a book on translation as it is a book in translation. Since the late ‘60s, Gozo has collaborated with visual artists and free-jazz musicians. In the 1980s he began creating art objects engraved on copper plates and later produced photographs and video works. Alice Iris Red Horse contains translations of Gozo’s major poems, representing his entire career. Also included are illuminating interviews, reproductions of Gozo’s artworks, and photographs of his performances. 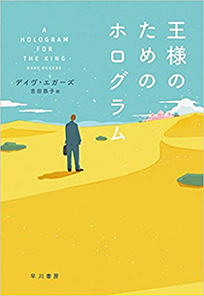 王様のためのホログラム A Hologram for the King

A finalist for the national book award in 2012 and adapted as a film starring Tom Hanks and Sarita Choudhury.

A Hologram for the King takes us around the world to show how one man fights to hold himself and his splintering family together in the face of the global economy’s gale-force winds. In a rising Saudi Arabian city, far from weary, recession-scarred America, a struggling businessman pursues a last-ditch attempt to stave off foreclosure, pay his daughter’s college tuition, and finally do something great. This taut, richly layered, and elegiac novel is a powerful evocation of our contemporary moment — and a moving story of how we got here. 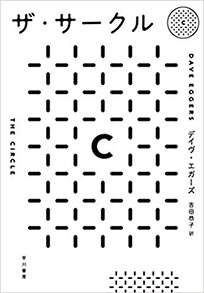 A dystopian novel adapted as a film starring Emma Watson and Tom Hanks.

“Fascinating . . . Eggers appears to run on pure adrenaline, and has as many ideas pouring out of him as the entrepreneurs pitching their inventions in The Circle . . . [A] novel of ideas . . . about the social construction and deconstruction of privacy, and about the increasing corporate ownership of privacy, and about the effects such ownership may have on the nature of Western democracy . . . Like Melville’s Pequod and Stephen King’s Overlook Hotel, the Circle is a combination of physical container, financial system, spiritual state, and dramatis personae, intended to represent America, or at least a powerful segment of it . . . The Circlers’ social etiquette is as finely calibrated as anything in Jane Austen . . . Eggers treats his material with admirable inventiveness and gusto . . . the language ripples and morphs . . . It’s an entertainment, but a challenging one.”
—Margaret Atwood, The New York Review of Books 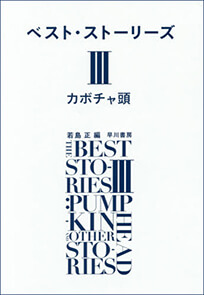 A Japanese translation of Gary Shteyngart’s New Yorker story “Lenny Hearts Eunice,” collected in the three volume anthology of The New Yorker stories that are translated into Japanese for the first time. 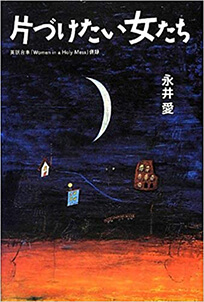 片付けたい女たち Women in a Holy Mess

Three high school girl friends now in their fifties face up life’s mess when two show up at the third’s single resident full of garbage.
Nagai’s satirical play, Women in a Holy Mess, was presented in New York and Minneapolis in the reading performance. Including two essays and one translation by Kyoko Yoshida (in Japanese)
Edited by Takayuki Tatsumi and Yuko Ito
Tokyo: Sairyusha, 2012

A fun book full of love and humorous illustrations by Yuko Ito, A Reader’s Guide to Kurt Vonnegut reiterates why we all must read Kurt Vonnegut (1922-2007) more than ever. The book includes essays scholars in Japan, newly translated interviews and conversations by Vonnegut, as well as a thorough bibliography and a chronology. 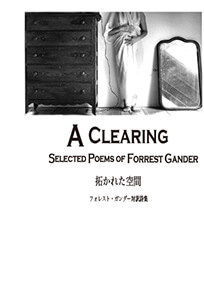 This is a bilingual chapbook translated by Masahiko Abe, Teruko Kajiwara, Mamoru Mukaiyama, Koichiro Yamauchi, Yuriko Yokoyama and Kyoko Yoshida.
This chapbook is available for those who pay for the postage. 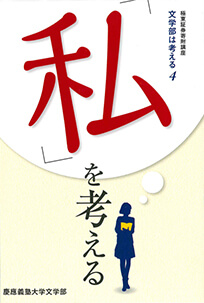 Including “Story of ‘Myself’: Mysteries of the First Person Narrative” by Kyoko Yoshida (in Japanese)
Edited by the Faculty of Letters at Keio University
Tokyo: Keio University Press, 2013

The book is based on the open lecture series at Faculty of Letters at Keio University in 2013. 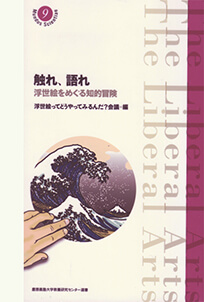 Including two essays, “‘The Great Wave off Kanagawa’ Expressed in Words” and “‘Hakone: Picture of the Lake’ in Words” by Kyoko Yoshida (in Japanese)
Edited by Mayumi Tsuda (and the Conference of Ukiyo-e Visual Experience)
Tokyo: Keio University Press, 2011

This book records the adventures of a group of people (scientists, literary scholars, museum curators, musicians, writers) who got together to explore how we could share the experience of viewing ukiyo-e (the Japanese traditional woodprint pictures) with the visually impaired. 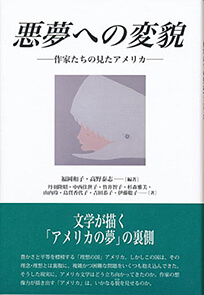 Including Chapter 9: “The Writer’s Writer’s Voice: The Politics of the Two ‘Voice Projects’ by John Hawkes and John Barth” by Kyoko Yoshida (in Japanese)
Edited by Kazuko Fukuoka and Yasushi Takano
Kyoto: Shoraisha, 2010 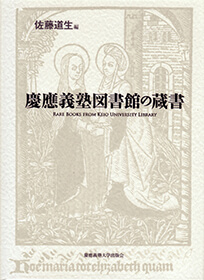 Including “The Golden Age of the Japan-U.S. Baseball: From the Fujita Collection at the Sotheby’s Auction” by Kyoko Yoshida (in Japanese)
Edited by Michio Sato
Tokyo: Keio University Press, 2009 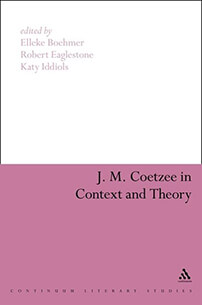 Nobel Laureate and the first author to win the Booker Prize twice, J.M. Coetzee is perhaps the world’s leading living novelist writing in English. Including an international roster of world leading critics and novelists, and drawing on new research, this innovative book analyses the whole range of Coetzee’s work, from his most recent novels through his memoirs and critical writing. It offers a range of perspectives on his relationship with the historical, political, cultural and social context of South Africa. It also contextualises Coetzee’s work in relation to his literary influences, colonial and post-colonial history, the Holocaust and colonial genocides, the ‘politics’ and meaning of the Nobel prize in South Africa and Coetzee’s very public move from South Africa to Australia. Including a major unpublished essay by leading South African novelist André Brink, this book offers the most up-to-date study of Coetzee's work currently available. Including “From Cannibalism to Communion: Images of Eating in Coetzee’s Works” by Kyoko Yoshida (in Japanese)
Edited by Yoshiki Tajiri
Tokyo: Eihosha, 2006

The World of J. M.Coetee is the first anthology of critical essays in Japanese that focuses on J. M. Coetzee’s fiction. 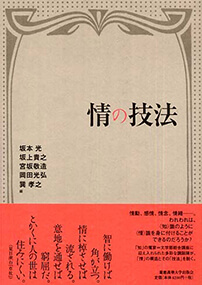 The book Arts of Affects is based on the omnibus lecture series of the same title held at Faculty of Letters at Keio University in 2003.